What were the Earliest New Testament Documents? 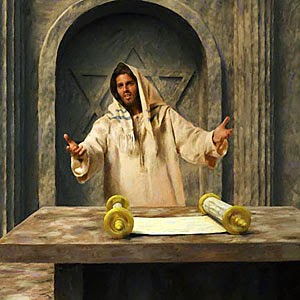 There is no way of knowing what the earliest document in the NT is,
but its very reasonable to pose that:

(a) Essential contents of the gospels were in written form before Paul was converted.

(b) In a literate community like the Jews of Judaea and Galilee,
a larger than average percentage of the population was literate,
because the whole religion centered around written documents,
an organized schooling system, and REQUIREMENTS that Jews
knew their own history and the Law, and participated.

Examples of the proof from the gospels are the fact that
although nominally the son of a carpenter,
Jesus Himself, took His turn in public reading of the synagogue,
including the reading of SCROLLS (i.e., Isaiah in Hebrew),
even in Galilee.


This means that most indigenous adult Jews could speak and even read
Hebrew and Aramaic, as well as converse in Greek and Latin for commerce.

It would be preposterous to suggest that a literate organized group like
the disciples and even their enemies would not keep any written records
of Jesus' teaching and important public events in His life.

We must presume that as Luke himself claimed, early "Nazarenes",
namely Jewish Christians and Messianists had written records composed
before Jesus was even arrested and crucified. They would also have
copies of the O.T. Holy Scriptures, as indicated by the NT and the Dead Sea Scrolls.

Therefore, the oldest written documents would NOT be Paul's letters,
but rather the gospels and other records in their earliest WRITTEN form.

Even Paul himself plainly quotes OLDER WRITTEN records,
such as the document regarding the LAST SUPPER which Paul quotes,
and confirms was in possession of the Christian community before he wrote
his own letters.   (cf. 1st Cor. 11:17-34)

Roman Catholic scholars also confirm this fact, because it is necessary
in order to establish the Eucharist ritual and its antiquity.

The oldest written records are therefore EMBEDDED in the surviving documents,
such as the gospels and Acts, as well as Revelation,
and predate Paul and his letters.

An obvious letter contemporary with Paul is
James (Jacob) To the Twelve Tribes of Israel,
written while James was still alive and head of the Jerusalem Church.
It speaks plainly the Jewish Christian viewpoint on gospel and behaviour,
and is clearly an authentic NT writing predating most of Paul's letters.

The writings of Nicodemus preserved in John's Gospel also predate Paul
by a large margin (possibly decades), and being eyewitness accounts,
have far more authority and credibility than Paul.

Another incredible load of nonsense by a Vatican supporter.

There are plain indications in the New Testament itself
that Paul, Barnabas and Luke had in their possession
copies of the Gospels, probably very close in form and content
to the Gospel of Mark, Matthew, (and obviously Luke).

Paul in his letters refers to copies of "the scriptures"
which they are carrying with them,
and the context suggests strongly they are
referring to the very first copies of the early Gospels,
which they used to proliferate Jesus' teachings.


These could not be simply copies of Paul's letters,
many of which he had not written yet,
nor were they likely collected into a single book
until after his death.

Instead, Paul here refers to two sets of documents,

(1) the scrolls, his personal copies of probable gospels and sayings of Jesus, and

(2) O.T. parchments such as Isaiah, Daniel, and other books central to Christianity.

The Gospels themselves betray a form and structure
DESIGNED to hide them from Roman authorities,
which is why the Roman Catholic "church" today
doesn't even have copies of these early documents.

If the Roman Catholic Church were authentic,
they would have copies of these documents.

For instance, Matthew in scroll form would appear to be titled as "a Geneaology"
and the first two feet of the scroll would be a boring list of Jewish names:
This is precisely how to hide a Gospel under the Romans' noses.

And that's how early Gospels were smuggled right past Roman idiot-guards.